What I Wish College Students Knew about Marriage

Ouch. I know you’ve written me off already, but hear me out. In life we have free will, which means we have the ability to choose. We like this when it comes to picking our hairstyle, bank, and ice cream, but when it comes to who we are going to marry, we want a clear voice from heaven to tell us what to do. While every so often this does happen, like it did for St. Thérèse of Lisieux’s parents Sts. Louis and Zélie Martin, more often God is a little more subtle. Does He already know what we will choose? Yes. But that doesn’t make the choice any less of a choice.

When I first grappled with this it made me angry. “Where’s the romance in that? You mean to tell me that my husband could prayerfully discern to marry someone else and still be happy; he doesn’t HAVE to chose me?” But the more I thought about it, I felt both relieved and honored. Relieved because it took the pressure off knowing that I wasn’t on a wild goose chase to find “the one” in the midst of billions. Relieved because I knew that so long as I was praying, seeking sound council, and frequenting the sacraments, God would not abandon me as I discerned which man to commit my life to. He would be in the midst of choosing my spouse, just like any other life decision that I made. The feeling of honor came in knowing that my future husband would also be making a choice. A choice to love me. He wouldn’t be forced into it whether he liked it or not, rather, he would choose me out of the billions for better, for worse, for richer, for poorer, in sickness and in health, until death do us part. Now that’s romantic.

Freshmen year of college while I was working at a Catholic summer camp one of the directors gave a dating talk in which she said, “I thought that getting married meant that I would never be lonely again.” She went on to explain that she was wrong. What surprised me about her remark was that I could understand it to be true for couples that had bad marriages, but she had a good marriage. “Wow,” I thought, “If she still gets lonely, there’s no hope for the rest of us.”

Here’s the deal, while marriage can be wonderful and very fulfilling, it is still an earthly covenant and because there is sin in this world, nothing can ever be perfect. There will be times when you will disagree with your spouse and the one person who you thought would always be right by your side will feel distant. Your marriage will sanctify you, challenge you, and force you to become a better person, and nothing on that list is easy.  There can be great joy in marriage, but if it were too great we would never want to leave this world because as Jesus tells us in Mark 12:25, there is no marriage in Heaven.

The strife of this world doesn’t go away when you get married, it just changes. Sure you stop worrying about how you’re going to find a new housemate since your old one is moving out, but instead you start worrying about if moving your whole family across the country for a new job is really a good idea.

3. The Theology Of The Body Is Real, But Sometimes Our Interpretation Of It Isn’t

If you have read the Theology of the Body, or a good commentary on it, you know that the Church is no prude. Sex is a blessing that was made for bonding and babies which, in its proper context, should be enjoyed. But there is something sad which I have witnessed that can happen to many enthusiastic “Theology of the Body-ers” after they get married. They commit to a chaste courtship, they commit to following the Church’s teachings on contraception, and they excitedly begin their marriage with all its benefits. Then the honeymoon phase wears off and reality starts to surface. Maybe she has issues from past relationships that prevent her from being able to see sex as something beautiful and not as something that she unwittingly ran to in her search for security and love. Maybe he begins struggling with keeping the act pure as he battles with the memories from his past porn addiction. Maybe they are both a little bit shocked that sex isn’t always heaven on earth with a beautiful array of fireworks. And they start to think that they were fed a line about the magic of free, total, fruitful, faithful love in the bonds of marriage.

Before they throw the baby out with the bathwater (to use a loose, corny pun if I may), they need to consider this: The Church’s teachings on marital love are not flawed, but like most good things, it takes a lot of work and sacrifice to understand them. It’s the world that has fed us a line and straightening out that mess together takes a lot of vulnerability. Working through past baggage and human frailty is never easy, but if spouses are willing to truly love each other and commit to struggling through the issues, instead of trying to avoid them, with the grace of God a little glimpse of heaven on earth can be possible.

There are more things I wish you knew, like “No, he won’t change if you belittle him”, “Yes, she does need to talk that much”, and “Maybe it’s possible for you two to agree on where to display his sports or hunting or music collection (just forget about the living room) and her 47 Tri Delta t-shirts (which really may be better used as rags for washing the car), BUT, I’ll leave you with this. Marriage is not easy, but it is worth it. It is the greatest adventure you will ever take. And if you should chose to take it, be willing to sacrifice everything for the sake of it.

Are you tired of today’s toxic dating culture?

Lisa and her husband Kevin are co-authors of the newly released Dating Detox: 40 Days of Perfecting Love in an Imperfect World. The book helps you formulate a concrete plan so that you gain the freedom to love and be loved. Featuring daily chapters filled with stories, teachings, and resolutions, this forty-day detox provides a practical “cleanse” for those who want to purify themselves from the poisoned dating culture and live a life of authentic freedom. Click here for more info! 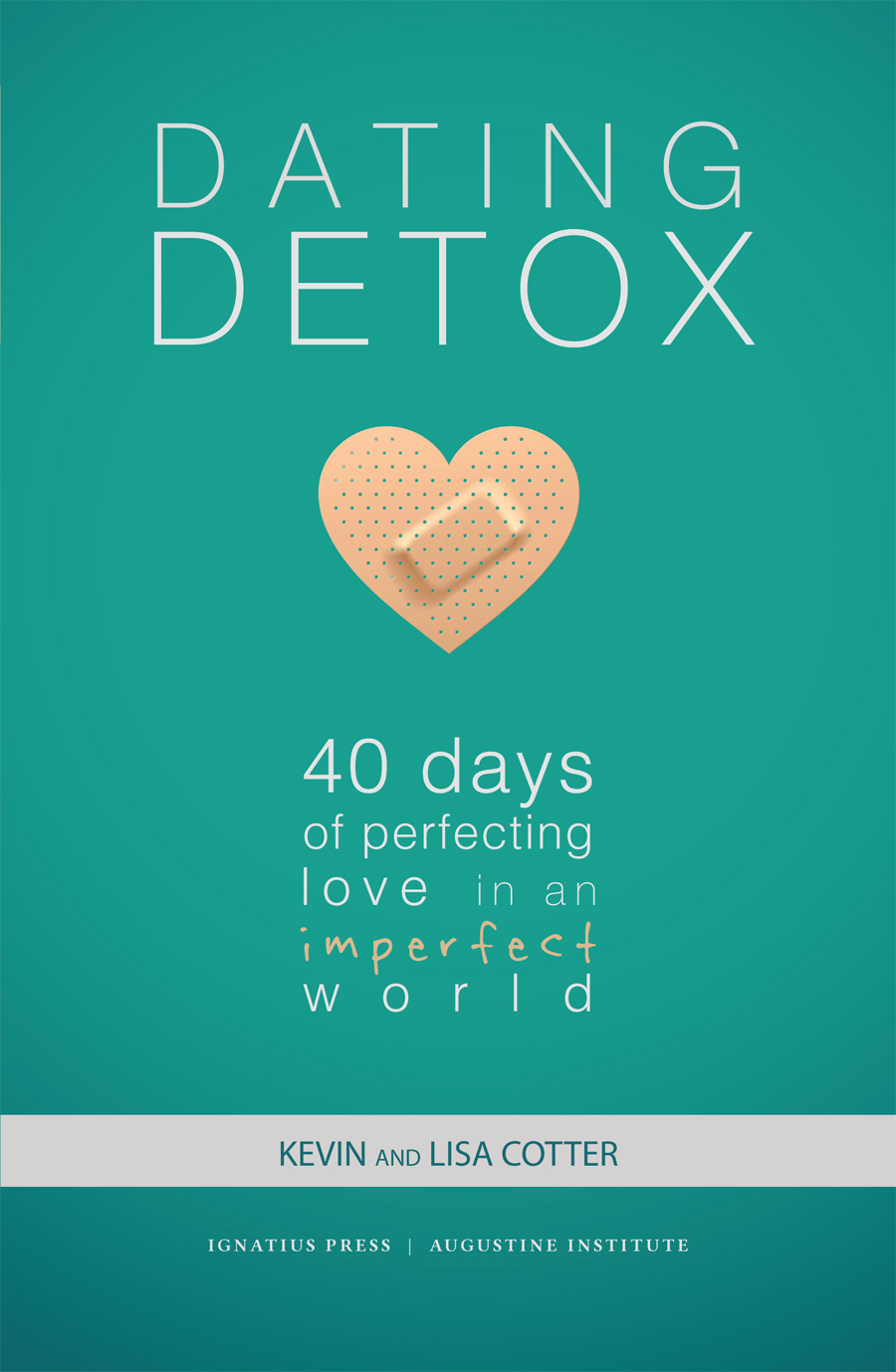